Applikate was founded by pioneers in transforming histology

THEY were standing under a tree, each with an arm round the other’s neck, and Alice knew which was which in a moment, because one of them had “DUM” embroidered on his collar, and the other “DEE”. `I suppose they’ve each got “TWEEDLE” round at the back of the collar,’ she said to herself.

They stood so still that she quite forgot they were alive, and she was just going round to see if the word “TWEEDLE” was written at the back of each collar, when she was startled by a voice coming from the one marked “DUM”.

`If you think we’re wax-works,’ he said, `you ought to pay, you know. Wax-works weren’t made to be looked at for nothing. Nohow.’

`Contrariwise,’ added the one marked “DEE”, `if you think we’re alive, you ought to speak.’

`I’m sure I’m very sorry,’ was all Alice could say; for the words of the old song kept ringing through her head like the ticking of a clock, and she could hardly help saying them out loud:

Just then flew down a monstrous crow,
As black as a tar-barrel!
Which frightened both the heroes so,
They quite forgot their quarrel.’

`I know what you’re thinking about,’ said Tweedledum; `but it isn’t so, nohow.’

`Contrariwise,’ continued Tweedledee, `if it was so, it might be; and if it were so, it would be; but as it isn’t, it ain’t. That’s logic.’

`I was thinking,’ Alice said politely, `which is the best way out of this wood: it’s getting so dark. Would you tell me, please?’

But the fat little men only looked at each other and grinned.

They looked so exactly like a couple of great schoolboys, that Alice couldn’t help pointing her finger at Tweedledum, and saying `First Boy!’

`Nohow!’ Tweedledum cried out briskly, and shut his mouth up again with a snap.

`Next Boy!’ said Alice, passing on to Tweedledee, though she felt quite certain he would only shout out `Contrariwise!’ and so he did.

`You’ve begun wrong!’ cried Tweedledum. `The first thing in a visit is to say “How d’ye do?” and shake hands!’ And here the two brothers gave each other a hug, and then they held out the two hands that were free, to shake hands with her.

Alice did not like shaking hands with either of them first, for fear of hurting the other one’s feelings; so, as the best way out of the difficulty, she took hold of both hands at once: the next moment they were dancing round in a ring. This seemed quite natural (she remembered afterwards), and she was not even surprised to hear music playing: it seemed to come from the tree under which they were dancing, and it was done (as well as she could make it out) by the branches rubbing one across the other, like fiddles and fiddle-sticks.

`But it certainly was funny,’ (Alice said afterwards, when she was telling her sister the history of all this), `to find myself singing “Here we go round the mulberry bush“. I don’t know when I began it, but somehow I felt as if I’d been singing it a long long time!’ 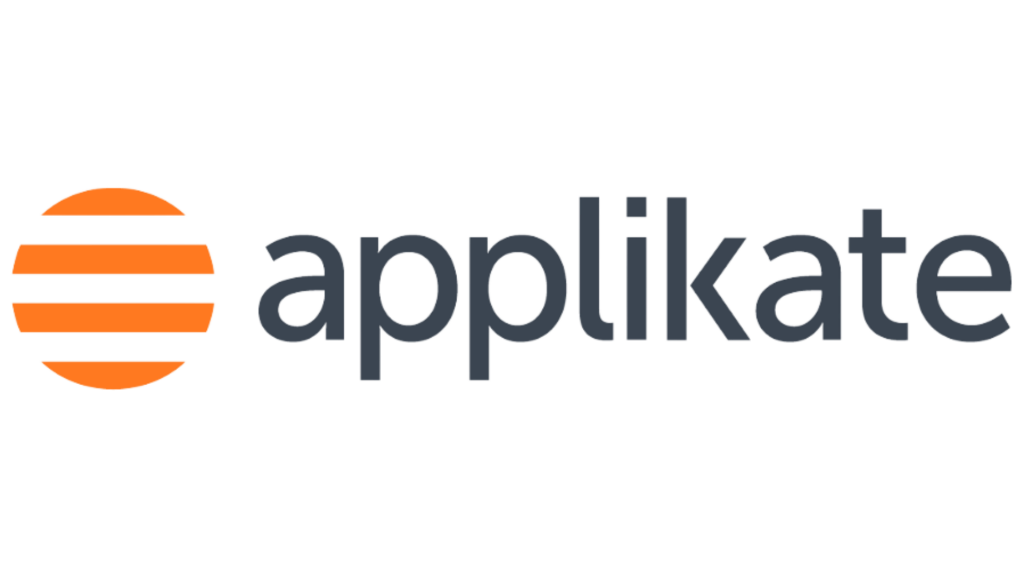 Applikate Technologies provides an elegant solution to the difficult and time-consuming problems faced by pathologists and their staff. The company’s solution offers a revolutionary approach to histology without requiring new skills, extensive training, or prohibitive costs. This technology has not yet been cleared by FDA for diagnostic use and is currently for Research Use Only.

We use cookies on our website to give you the most relevant experience by remembering your preferences and repeat visits. By clicking “Accept”, you consent to the use of ALL the cookies.
Do not sell my personal information.
Cookie SettingsAccept
Manage consent

This website uses cookies to improve your experience while you navigate through the website. Out of these, the cookies that are categorized as necessary are stored on your browser as they are essential for the working of basic functionalities of the website. We also use third-party cookies that help us analyze and understand how you use this website. These cookies will be stored in your browser only with your consent. You also have the option to opt-out of these cookies. But opting out of some of these cookies may affect your browsing experience.
Necessary Always Enabled
Necessary cookies are absolutely essential for the website to function properly. These cookies ensure basic functionalities and security features of the website, anonymously.
Functional
Functional cookies help to perform certain functionalities like sharing the content of the website on social media platforms, collect feedbacks, and other third-party features.
Performance
Performance cookies are used to understand and analyze the key performance indexes of the website which helps in delivering a better user experience for the visitors.
Analytics
Analytical cookies are used to understand how visitors interact with the website. These cookies help provide information on metrics the number of visitors, bounce rate, traffic source, etc.
Advertisement
Advertisement cookies are used to provide visitors with relevant ads and marketing campaigns. These cookies track visitors across websites and collect information to provide customized ads.
Others
Other uncategorized cookies are those that are being analyzed and have not been classified into a category as yet.
SAVE & ACCEPT
Scroll to Top
Scroll to Top 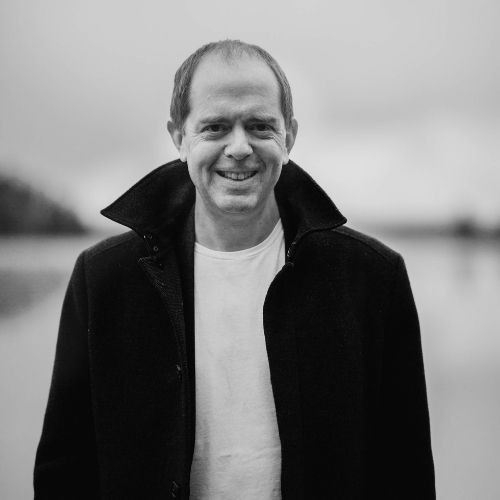 Investor, Technology Expert, and Entrepreneur
William Tunstall-Pedoe is an entrepreneur who founded the British voice-assistant company Evi, which was purchased by Amazon in 2012 and became the basis for Amazon Alex and Echo devices. William mentors and invests in innovative startups and has holdings in more than 70 companies.
Icon-linkedin-1 Icon-monitor 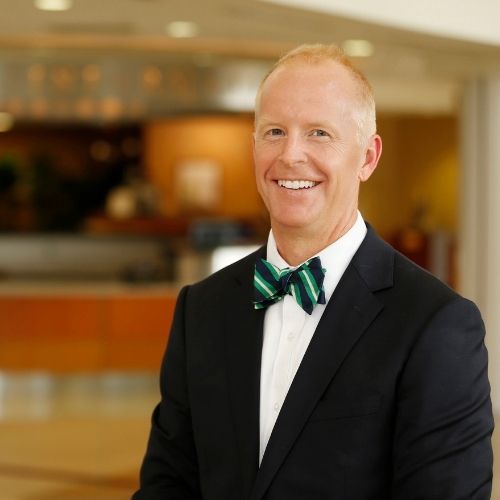 Medical Expert, Pathologist, and Business Advisor
John Turner trained as resident and fellow at Duke University University Medical Center receiving his boards in Anatomic, Clinical, and Dermatopathology. A practicing pathologist, he is the HCA/ForwardPathology Solutions Capital Division Medical Director and Chief of the Medical Staff for CJW Medical Center. Dr. Turner is a medical advisor to Applikate.
Icon-linkedin-1 Icon-monitor 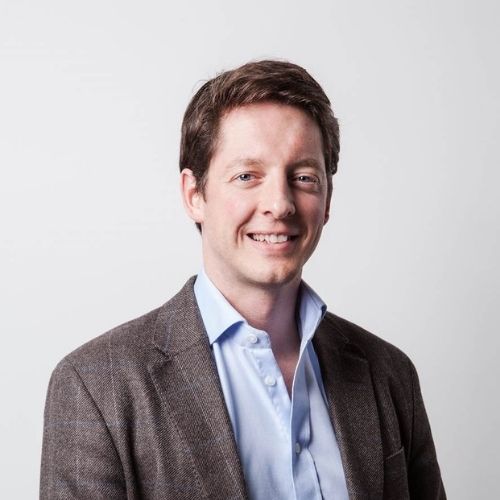 Investor, Technology Expert, and Entrepreneur
Andrew is the co-founder of Gama, a deep space exploration company. He is an investor in over 60 companies across a range of industries, from synthetic biology to nuclear fusion. Previously, Andrew built Westwing, a publicly listed home and living ecommerce business across Europe, Russia, and Brazil. He is a veteran of Balderton Capital and McKinsey & Company.
Icon-linkedin-1 Icon-twitter-1 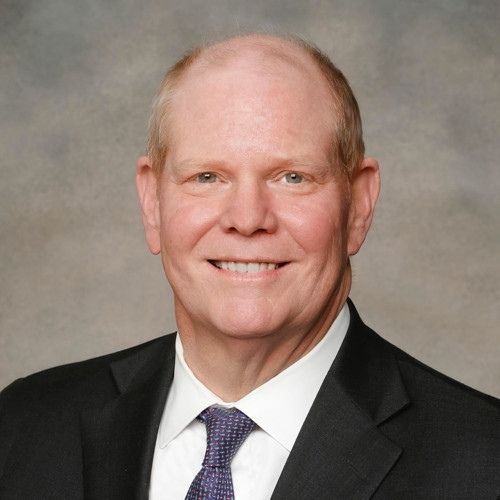 Investor, Physician, Medical Expert, and Business Advisor
Dick Hamrick is a pulmonary/critical care physician with a long history of diverse and broad leadership positions including as a Divisional Chief Medical Officer for HCA. Dr. Hamrick serves as a healthcare consultant and as an advisor/board member for Applikate and several early stage companies.
Icon-linkedin-1 Icon-monitor 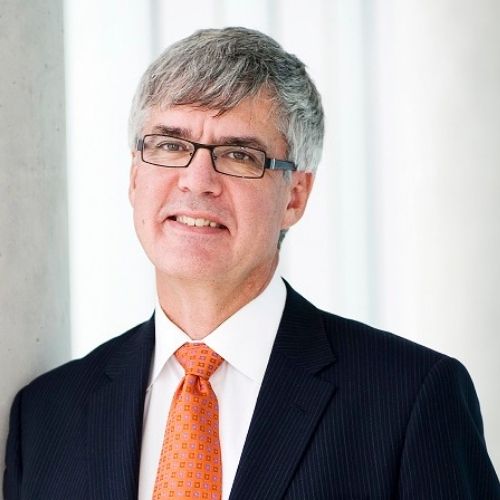 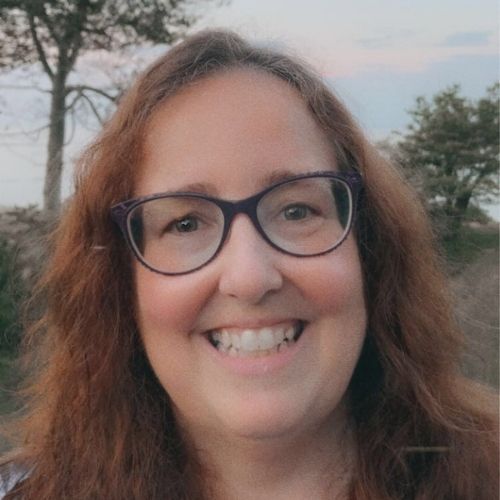 Julie is CIO of Ensemble IP and an investor in Applikate. She has extensive experience managing software development, software implementation, data science, and IT security projects. Previously, she led a Health Information Management (HIM) department; and provided consulting, implementation, and training services as part of the delivery of HIM software to hospitals and clinics worldwide. 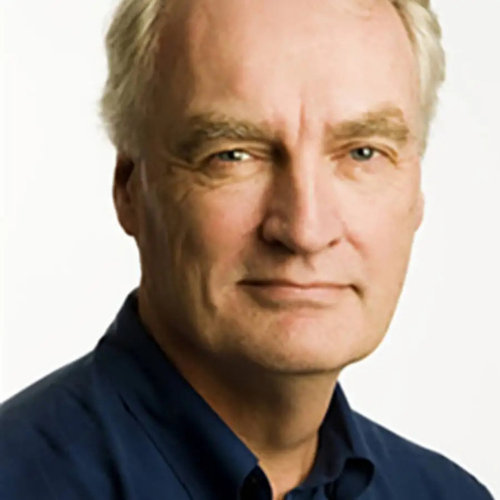 Investor, Professor, and Medical Device Expert
Donald Plewes is Professor Emeritus from the Department of Medical Biophysics of the University of Toronto. His career has been devoted to research in the physics of medical imaging and has included x-ray imaging, computed tomography, ultrasound, and magnetic resonance imaging with clinical applications. His research proceeds from bench science and clinical trials; and has led to the successful commercialization of advanced technologies for breast screening and magnetic resonance imaging.

Dr. Plewes has published widely, holds numerous patents, and is an investor in and expert advisor to Applikate Technologies.
Icon-bookmark Icon-monitor 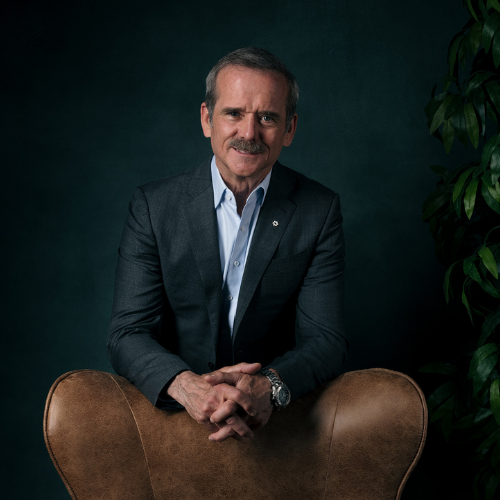 Investor, Astronaut, and Technology Expert
Chris Hadfield is an engineer, military fighter/test pilot and thrice-flown astronaut, having done two spacewalks and commanded the International Space Station. He is an advisor/director for multiple high-tech companies, and leads the Space stream at the Creative Destruction Lab tech incubator. Chris is a four-time internationally best-selling author, a professor at U Waterloo and online at Masterclass, and has created/hosted TV series with both BBC and National Geographic. Chris is an investor in Applikate Technologies and serves as an advisor to the company.
Icon-linkedin-1 Icon-twitter-1 Icon-monitor 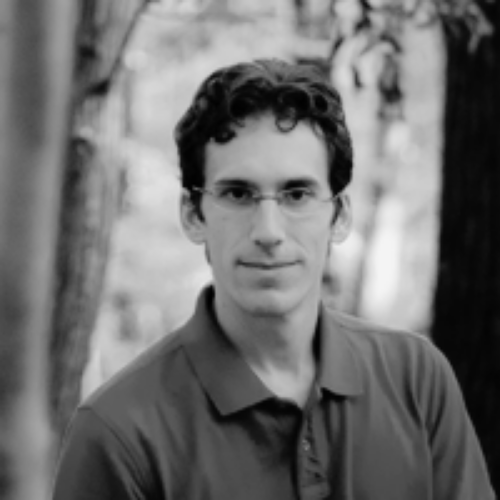 Lead Engineer
Eben Olson, Ph.D. is an Associate Research Scientist in the Department of Laboratory Medicine at Yale University, where he has been a member since 2013. His graduate degree is in Applied Physics with a focus on Biomedical Optics. Eben has been performing research involving development of software tools and methods for processing, visualization, and analysis of large image datasets. He is a core contributor to neural network framework modules in Python and has competed successfully in a number of data science competitions on kaggle.com and drivendata.org. He has extensive experience in electronics, machining, CAD, and optical design, having constructed several advanced multiphoton microscopes including design of control boards, optical element assembly, and embedded control software as well as having written Applikate’s StackStreamer software. In part through management of the engineering and clinical consultants. His primary responsibilities include engineering development, software conversion efforts, technical assessments and performance monitoring, component fabrication, hardware and software systems installations during clinical study, and directing engineering support during data acquisition.
Icon-linkedin-1 Icon-bookmark 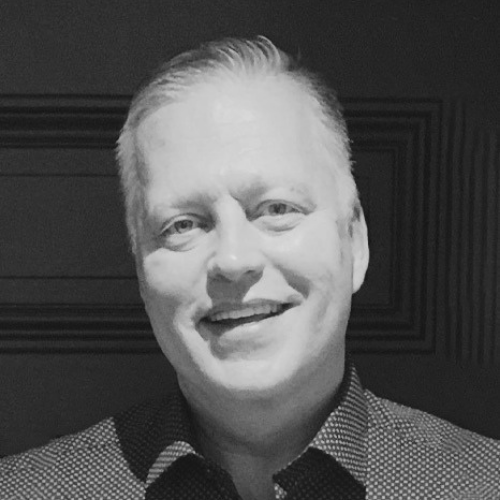 Executive Chairman
Dave Hunt is Executive Chairman of Applikate. He is also the CEO and majority shareholder at Ensemble IP. Previously, he owned and led Landon IP, a large professional patent search and analytics company with operating offices in the United States, Japan, United Kingdom, Germany, India, and China. He is an early-stage investor in several medical device and AI-focused companies and led the Seed Series round for Applikate Technologies. He leads the business functions of Applikate and chairs the Board of Directors. He is a graduate of the College of William & Mary (B.A., ‘87, M.B.A, ‘93) and the Harvard Business Analytics Program (’19). Dave speaks English and Japanese.
Icon-linkedin-1 Icon-monitor 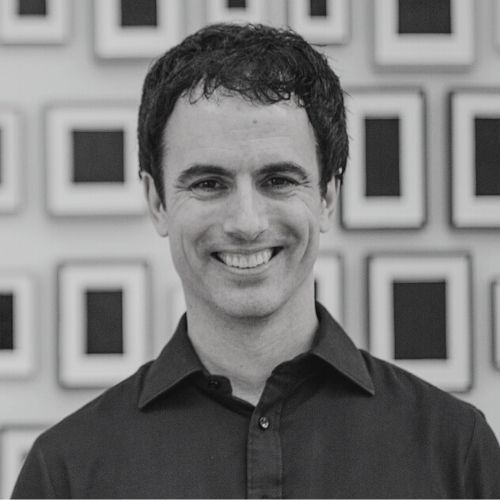 Founder, Co-CEO
Michael Levene pioneered the combination of multiphoton microscopy, the optical clearing of tissue and its application to pathology. He served on the faculty of Yale University from 2004 to 2014, after which he co-founded Applikate. Michael holds 20 granted U.S. Patents, authored 32 publications, and raised more than $6.3 million in research support between 2007 and the present.
Prior to joining Yale,  Michael was a Research Associate in Applied and Engineering Physics at Cornell University, where he worked with Prof. Watt Webb and co-invented zero-mode waveguides for single molecule DNA sequencing, the technological foundation of Pacific Biosciences, Inc.
Icon-linkedin-1 Icon-bookmark 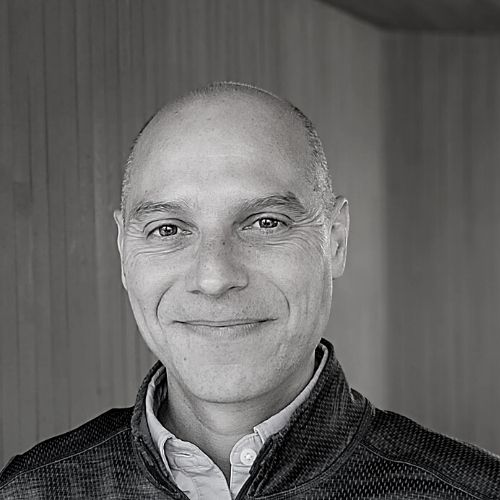 Founder, Co-CEO
Rick Torres is a pathologist and biomedical engineer with expertise in medical laboratory instrumentation. He is board certified in Clinical and Anatomic Pathology and has worked as an independent consultant on commercial medical diagnostic devices. His clinical interests include flow cytometry, pathology informatics, and next generation sequencing for hematologic malignancies, having served as medical director of clinical chemistry, hematology, immunology, and flow cytometry laboratories. Rick Torres co-invented the novel histology techniques and devices developed by Applikate, served on the faculty of Yale University, co-founded the company, serves as Co-CEO, and holds several seminal patents. He maintains an adjunct appointment at Yale where he continues to perform part-time clinical interpretative work.
Icon-linkedin-1 Icon-bookmark Icon-monitor